As I’m sure you all know, I am Inster, the late great staff member. Now I am finally free from the tyrannical clutches of the dreadful staff team I can let free the secrets and tell you just why the staff team is as despicable as Gru at the beginning of the original Despicable Me film.

meharryp: I’m sure you all thought he used the server money for drugs, but I recently uncovered that he actually spends it all on RhysRaptors toe pictures.

RhysRaptor: Now what nobody actually realises is that RhysRaptor is a nationally wanted hitman. He specialises in Sandwich Poisoning, a trait that has become his calling card.

Aldron: The supposed lord of hacker busters. Not only does he have his own brand of hacks funded by Red_Line Industries but he also pays other hackers to play so he can bust them.

Dakka Dakka Dakka: He isn’t actually a human, but a large gun. There is only one known recording of his true voice, which was destroyed in a mysterious fire. The clip was reminiscent of firing a gun that makes the noise “Dakka” when fired, three times.

Obama_Llama: The son of the infamous LlamaLord, he is 101% yank and also a big nerd.

Spondo: He’s actually a nice guy nothing bad to say.

Lady Assassin: Licks the egg shell out of omelettes.

AcidMaster99: Not actually a master of Acid.

Charging Badger: Actually only 60% Badger, never Charged in his life.

Vladimir: Has the vision of a bat.

Kokichi: Doesn’t actually exist, just a figment of everyone’s imagination made to entice you all to be the worst you can be.

@TTT-Staff Don’t try me. You don’t want me to say any more then I have. 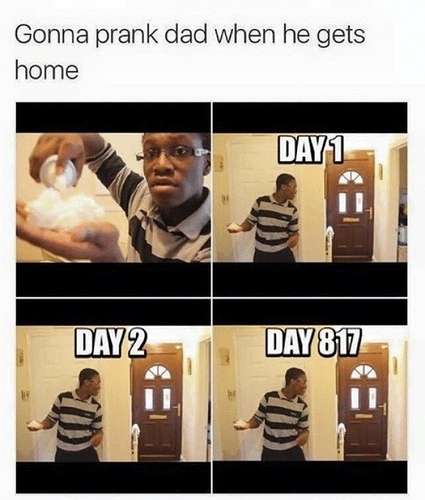 I mean that does explain my love of life explosions

Are you saying I’m a Welsh slut?!

This isn’t funny take this down

Dude this was hilarious! Made me smile

Doug is an SCP?

Everyone hated him as he spoke the truth

You have talked too much for some solid looking grid coordinates.

ffs I told you not to tell anyone!

has anyone seen my son?

too real for me