That shit is just boring

don’t do it then

Yearly or bi-yearly quest updates would be cool to help quests not get stale. And some more passive quests like play x amount of rounds or become t on x number of maps would be pog

Agree with Obama - some of the quests are just aids though, like the first ever (and current) D quest i got which is get X amount kills with a Judge.

Maybe Daily changing quests? Would help the quests not get stale, and if you get one you dont want to do / dont have a good weapon for, you can just wait 24h

Time to come back to this post again i guess.
As i was looking for some stuff, i found an old clip of harry showcasing old inventory system, and back in that time that actually was a thing 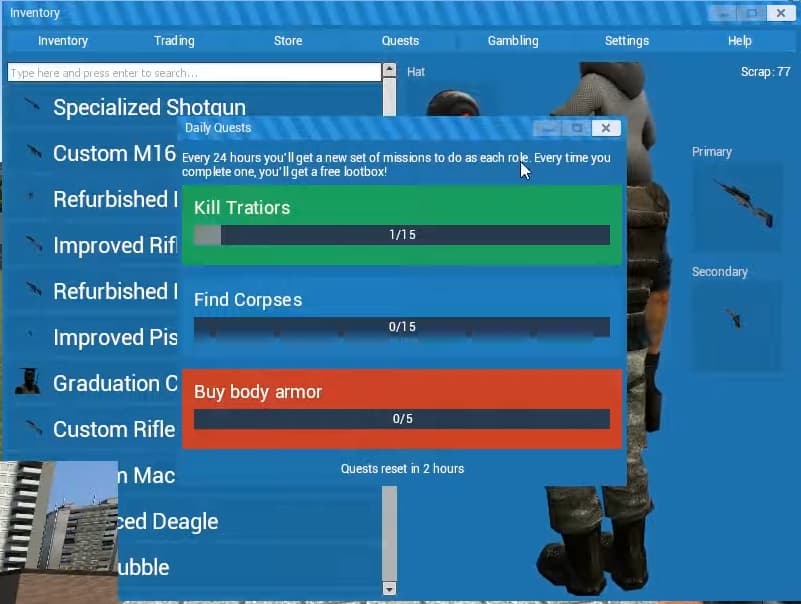 Screenshot_1801×604 52.8 KB
I think even just a set of 3 everyday missions would be more fun than unending weapon griding missions like it is now
1 Like