Hi hello I’m hearing that a lot of you aren’t very happy that there’s not been much new content out lately, so I want to talk about what’s going on and what’s coming up.

Pretty much short story is I have a fuckload of university work to do and haven’t been able to commit as much time as I wanted to making new stuff that we’ve had plans to do for a while now. Uni finishes fairly soon though so I’m gonna give you all some estimates on what new stuff is coming. The times given below are at the latest meaning some of these might come out earlier depending on how much work I’m able to get done.

Late march-april: Easter event is returning, gonna be doing giveaways for VIP+ time, other than that it’ll be the same as before.

May-June: For a while now I’ve been working on a new progression system, for every 2 levels you gain you’ll get a skill point (capped at 40 points) to spend in a new skill tree. Once you get all 40 points you’ll get the option to reset your skill tree and get a purple/legendary (undecided yet), and go back to 0. Here’s preview of the skills so far: 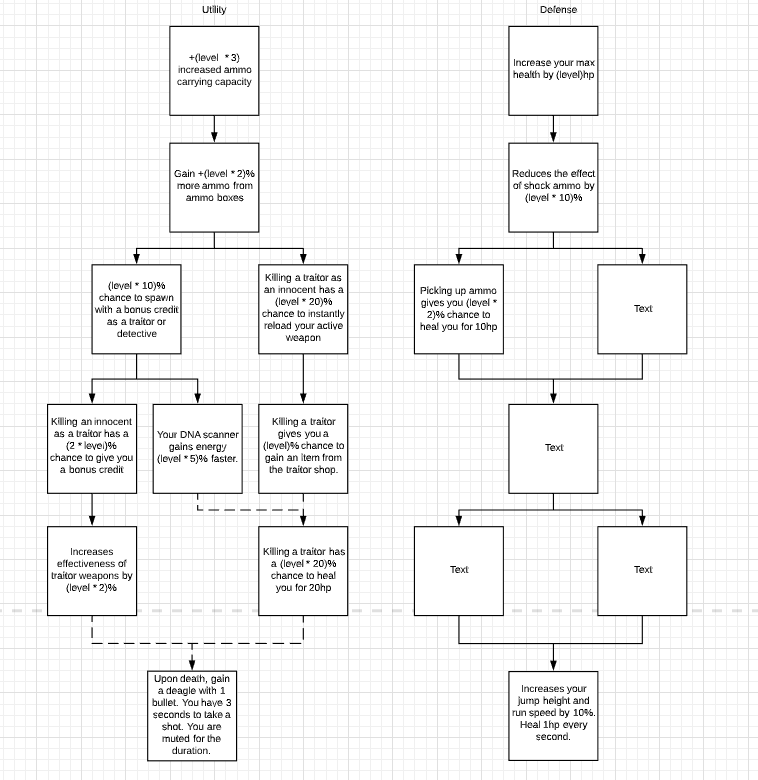 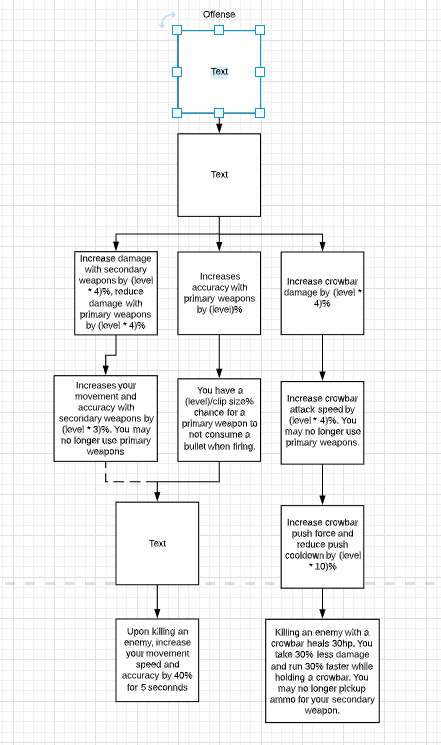 Around June or July: Ivan has been planning a rework of the entire stat boosts system and a load of new weapons which we’re going to put on a completely wiped new server that’ll run alongside main. This one is super WIP but hopefully we’re able to get a beta out to some of you folks soon. Don’t really have much more to say on this one since I don’t want to give too much away yet but this is the one we’re working the most on.

But yeah, sorry for the lack of content lately, uni, burnout, paying rent and food are being very frustrating rn. Hopefully when these come out you all spend money on scrap again

CCX edit: The CM team (Me) will also be taking a more visible role as soon as my commitments die down a bit. I’ll also be doing giveaways and competitions over the coming weeks/months. I’d also like to say that Charity Exotic bundle #2 is in the final stages of completion and is coming soon. You should see more of me around the servers and discord for a while too so hit me up with any suggestions/queries you might have.

Well this is good.

Sounds sweet. Looking forward to it

Everyone is going to start with 0 points

There should be one in utility which makes you run faster with a magneto stick out, I would really enjoy that

I honestly have no clue what is going on here

Let’s use crowbar only and run faster

Make it so you run 100% faster, can triple jump, make no noise when moving, do double damage from behind and increase the range of the crowbar

i had no idea moat even did this, i dont even care about other gmod servers